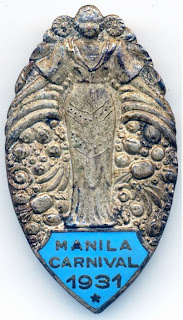 By the 1930s the Manila Carnival had evolved from just being a celebration of the cordial relations between America and the Philippines to a spectacular showcase of a country’s progress under the guidance of its colonizer. It had become like an American country fair—but on a much larger scale, featuring product and agricultural exhibits, sideshows and parades. It was also used to reinvigorate domestic and international tourism, a public relation event for the Philippines in need of drumbeating for its limitless investment possibilities.

In 1930, for example, the Philippines enjoyed a bumper crop harvest in rice, coconut, sugar, copra and abaca, and was hardly affected by the Great Depression gripping America. The country’s produce were snapped up by the U.S. market and the increased exports helped maintain the youthful Philippine economy. Though economically, it lagged behind its Asian neighbors, the standard of living and the quality of labor was much higher, with government revenue used more efficiently to benefit the Filipinos people.

It was under this optimistic scenario that the 1931 Manila Carnival unfolded, certainly, the most covered Carnival event in recent years, what with the added drama provided by the Miss Philippines quest, in the Fifth National Beauty Contest.
Posted by Alex D.R. Castro at 3:19 PM