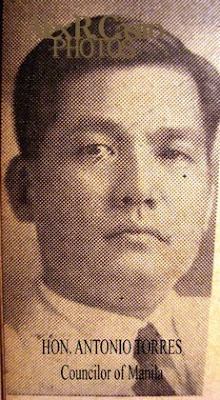 HIS POOL PARTY STARTED IT ALL. Councilor Antonio Torres of Manila hosted a pool party in which the finalists for the 1930 Miss Philippines crown were asked to wear swimsuits--and it was in his home that the controversy began.

Explanatory statements were issued by people involved in the controversy. Antonio Torres, the host of the party had an open letter published in La Vanguardia, in which he said that the party was a social affair, “such as I have celebrated in my swimming tank a number of times, pictures of which parties have been published in the local papers”. He further insinuated that Miss Lopez had not been invited by him to the party. Violeta Lopez counterclaimed that she was asked to go by Rosita Jose, a member of the Carnival Committee, an invitation approved by no less than Carnival Director Arsenio Luz.

Far from clarifying the issue, the statement of Yriarte only served to bolster public opinion that Miss Lopez had indeed been eliminated because of her refusal to don a swimsuit. If she was one of the judges' choice, why was she not in the winners' circle? 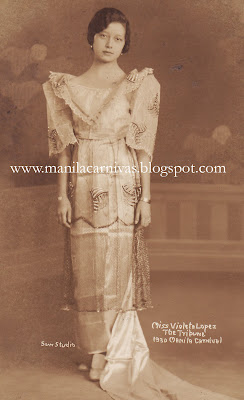 OUSTED BUT NOT OUT. Violeta Lopez, candidate of the newspaper "The Tribune", in the eye of the swimsuit storm.

It was then that all five judges (the other three were Secretary of Commerce Filemon Perez, artist Fernando Amorsolo, Arch. Carlos Barretto) issued an official statement that outlined the final selection process:

This official statement clarified Yriarte’s earlier pronouncement that he voted for Miss Lopez on the Presentation Night, which was a prelude to the final judging. 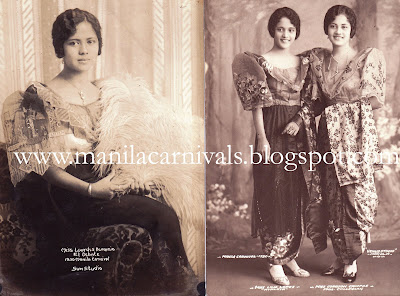 THANK YOU, GIRLS. Lourdes Aunario (El Debate), Lilia Lopez (Atalaya) and Corazon Campos (Philippine Collegian) were among the finalists eliminated during the judges' final deliberation. Campos and Aunario, though out of the running, were invited to the pool party.

But then another question arose: why did 6 candidates show up at the party, instead of 4? Corazon Campos and Lourdes Aunario kept their invitations which they showed to the press. The invitation expressedly had this reminder: “Please do not forget to take with you a bathing suit. You do not need to come elegantly dressed..”. To muddle up the issue further, how come Lopez came and not Aunario? (Aunario had declined the invitation, and that, as earlier mentioned, Lopez came because of Rosita Jose’s invitation).