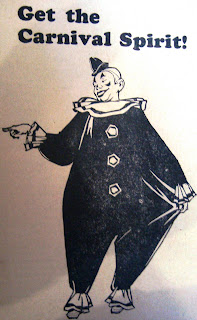 “Sixteen Glorious Days of Fun! New Attraction! New Shows! New Rides! New Thrills! New Features!”. Thus bannered the headline of a double spread advertisement for the launch of the 1930 Manila Carnival. Scheduled from February 15 to March 2, the event promised to be “the most complete Oriental Exposition in which the progress of China, Japan and the Philippines along commercial and industrial lines will be given the prominence they deserve.”

Indeed, the insular and provincial participations were planned to be bigger than ever. And so were the attractions which were different in every way. “It will feature spectacular exhibitions that are sensational and thrilling”, the print ad boasted. “The nightly balls in the Auditorum, to be held in a most gorgeous setting, dazzling in brilliancy and splendor, will be a mecca for fun seekers!”.

The Carnival was promoted as a respite from business drudgery. “To work all year round is but one of the many railleries of life…now to give you a respite from all business worries, the 1930 Carnival will be held in a manner never before attempted on the local field”. For the first time, the carnival grounds took the form of a circle around a tower of glaring lights.

Like a page from the Arabian Nights, the general motif for the Auditorium was Arabic. Its lighting effects was suggestive of the mystic enchantments of the East, inspiring the splendor and pomp of the Orient. The architecture brought into the people’s realm “shadows of the fantastic East, memories of slowly moving caravans and object reminiscent of the temples of the sheiks”. 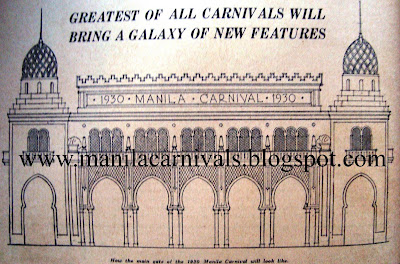 True to its promise, the Manila Carnival Association brought to the Philippines, novel and exotic rides direct from the amusement centers of Europe. “Quite a tough job, this”, Carnival Director Arsenio Luz admitted, “hunting for the best talents all over the world for the entertainment of the people of the Philippines”. 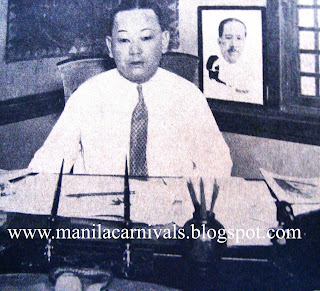 From Shanghai, Eddie Fernandez, with his big American vaudeville troupe, were contracted to delight carnival goers. Eddie Tait, the Olympic Stadium “ballyhoo man”, was also asked to put up 8 shows every year, every ride completely new and different. Cultural presentations from India and Shanghai were also planned. Re-enactment of historical battles were to be provided by the United States. Athletic competitions with bigger prizes will also be part of the Carnival highlights.

As early as December, publications have also been announcing their own search for a representative to the Miss Philippines 1930 quest, our country’s fourth since 1927. Readers then could nominate a candidate of their choice by submitting her picture to the publication, so long as a.) She is at least 16 years old or not older than 25 years, b.) Single, without stage or any cinema experience and with good reputation in the community. A leading magazine, Graphic, started its preliminary screening on 4 January 1930. The criteria used for the judges’ decision were beauty of face, perfection of form and accomplishment. 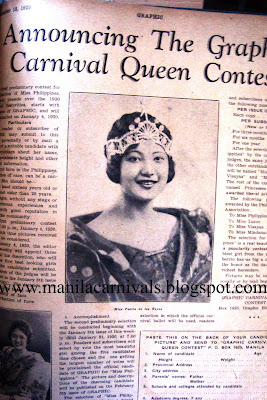 Prizes for Miss Philippines was Php2,000. The regional winners go home with Php1,000 each. The rules further emphasized that “the selection for Miss Philippines is a real beauty contest, not a popularity contest. The humblest girl from the most secluded barrio has as big a chance to win the honor as the daughter of the richest hacendero”. 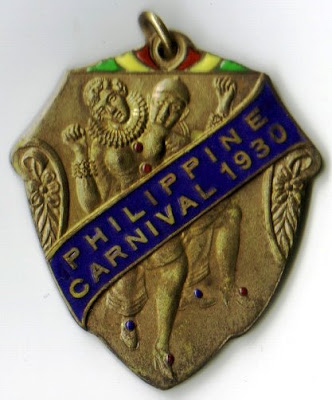 “Outbarnum Barnum!”, was the Carnival Director’s battlecry, in an effort to make the 1930 Carnival bigger and better than ever. With its ‘galaxy of new features”, it proved to be one of the grandest Carnival ever, remembered not just for its thrills, but also for the controversy stirred by the national search for Miss Philippines.
Posted by Alex D.R. Castro at 3:57 PM

Hello: Do you know much about Tait's Carnival a visiting performance from Manila which was in Hong Kong on the eve of battle 7th December 1941.