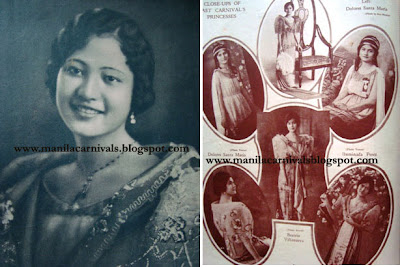 After a one year lull, the country went agog when the Philippine Carnival Association announced the resumption of the Manila Carnival in 1929. There was so much ado about that year’s edition, marked with major changes in the selection of Miss Philippines. This time, schools were tapped and encouraged to send their beauty delegates, and select colleges from all over the Philippines like the Manila College of Pharmacy, Centro Escolar de Señoritas, the University of the Philippines, Cebu Colleges, Sta. Rosa College and Filipino Academy chose their own bets. 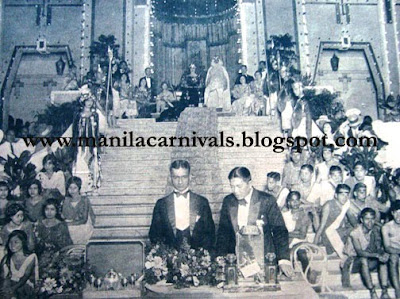 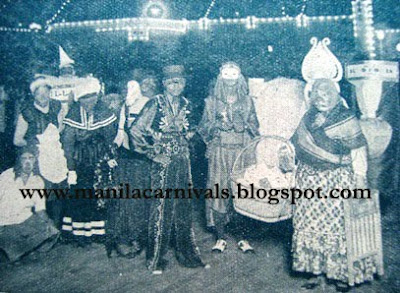 The winner who emerged was the statuesque UP collegian, Pacita de los Reyes, a a brainy law student who had four princesses in her court (previously, the queen was attended by a Miss Luzon, Miss Visayas and Miss Mindanao). 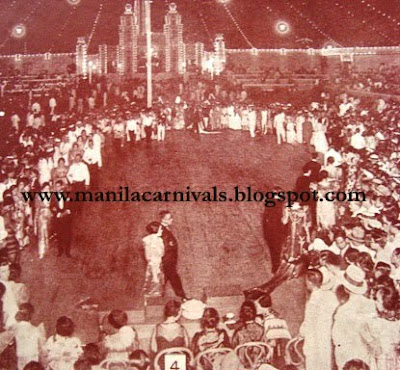 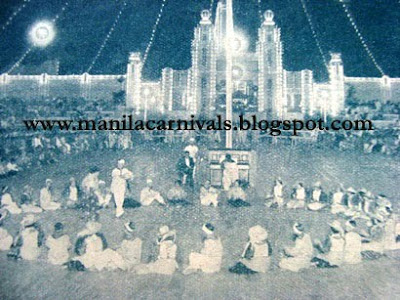 Never has there been a Miss Philippines as busy as Pacita, who had to attend five royal pageants throughout the 16 day festivities. The programs were often thematic and at her Coronation Night alone, she appeared as ‘Pearl of the Orient Seas’. She also had a change of escorts at her every appearance. 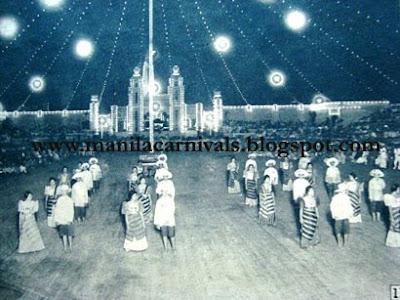 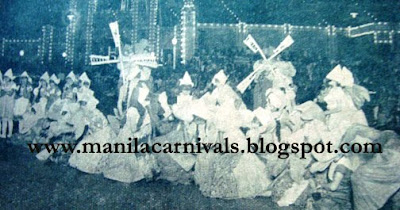 Her university honored her with a U.P. Night and for some students, participation in the dances was mandatory, credited to their Physical Education course. This explains why the entertainment and musical interludes were lavish and varied; the entire university, it seemed, turned up in full support of their Queen, as these photos show. 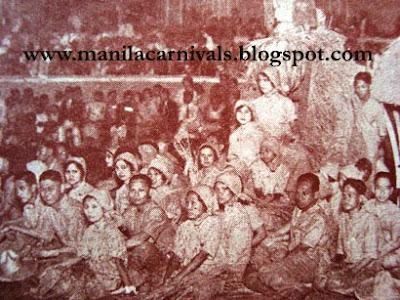 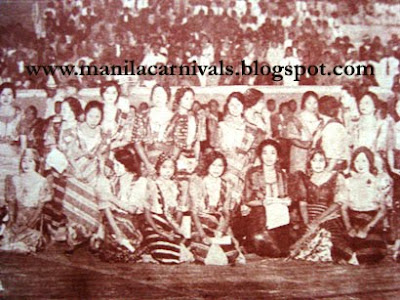