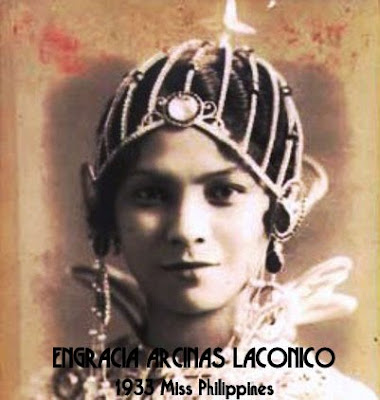 1933 MISS PHILIPPINES. As a young woman growing up in Tondo, Engracia Laconico y Arcinas was elected as Miss Trozo. But the biggest title yet was the Miss Philippines crown which she won in dramatic fashion at the 1933 Manila Carnival.

Trozo-born Engracia Arcinas Laconico, came into the world just as the gates of the 1912 Manila Carnival were opened. In Tondo, then part of the Sta. Cruz district, Engracia grew up, the youngest daughter of Panfilo Laconico and Rosario Arcinas. 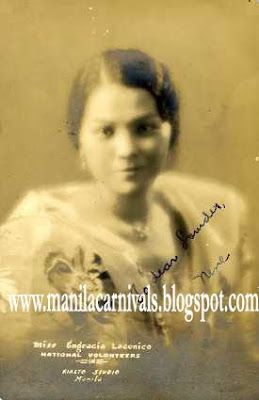 NENE OF THE NATIONAL VOLUNTEERS. The young candidate, sponsored by the National Volunteers which ran a small publication, upset the favorites for the crown with a last-minute surge of votes solicited by her father.

Engracia’s beauty was apparent at a young age, for in one of the yearly fiestas, she was elected as Miss Trozo. But a bigger honor awaited her when she was nominated to be one of the contestants to the search for the 1933 Miss Philippines of the Seventh National Beauty Contest of the Manila Carnival. At the time of the pageant, Engracia was a piano student at the University of the Philippines, but her fingers were also adept with the fine art of crocheting, a lifelong hobby that she enjoyed doing. 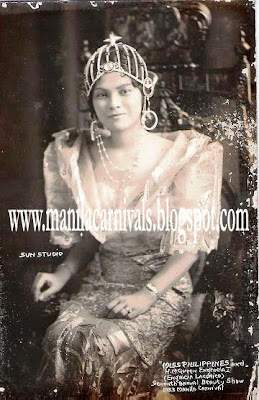 QUEEN-ELECT NENE LACONICO. The helmet-like crown she wore at her coronation garnered mixed reviews from the newspapers covering the event. 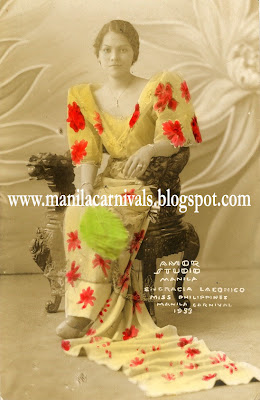 ENGRACIA'S GRACE. The uncrowned beauty sits in one of her salon sittings as Miss Philippines of 1933. Pictures of her crown-less are rare.

At the onset, Engracia preferred to take a backseat to the more popular girls of the contest who were avidly supported by giant newspapers like Tribune, Bulletin and La Vanguardia. Engracia’s victory came in dramatic fashion that left the favorites stunned. 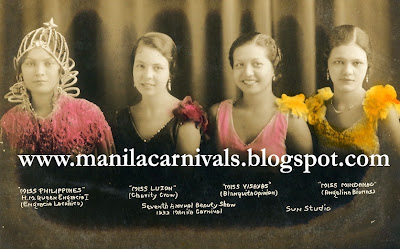 In the final moments of the balloting, Engracia’s father engaged the resources of the National Volunteers, an organization that he headed as President, and which piblihsed its own journal. Enlisting the help of another civic association he headed, he amassed enough votes to help clinch his daughter’s triumph at the Carnival. 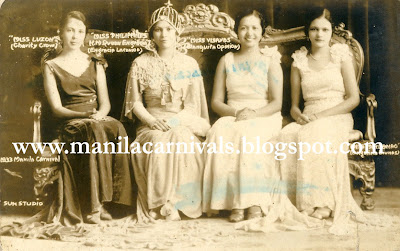 The tall, fair beauty thus was proclaimed as the country’s seventh Miss Philippines, with Charity Crow emerging as Miss Luzon, Blanquita Opinion as Miss Visayas and Angelina Biunas as Miss Mindanao. She wore a crown in the shape of a helmet strung with pearls and topped with a 4-pointed star. By her side, her accomplished King Consort and close family friend, Dr. Gregorio Y. Zafra, smartly stood in his militaria regalia, Dr. Zafra , 10 years older, had by then established himself as one of the country’s brilliant scientists. 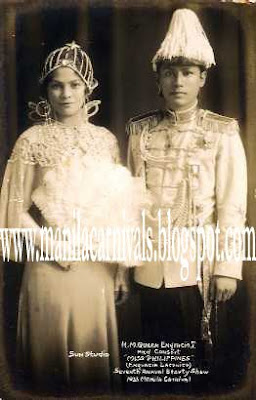 QUEEN AND KING OF THE 1933 MANILA CARNIVAL. Family friend Dr. Gregorio Zara, who was many years Engracia's senior, escorted the lovely queen at her coronation. 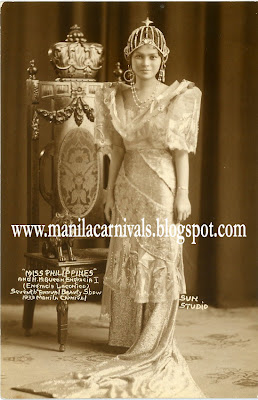 A THRONE FIT FOR A QUEEN. Engracia, a most photographed royalty at the Manila Carnival of 1933.

A fairy tale ending was in store for Engracia and Gregorio as romance bloomed between the two and resulted in their wedding in 1934. They made their home in Quezon City where they raised four children: Antonio, Pacita, Josefina and Lourdes. 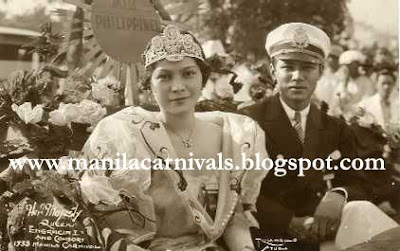 ROYAL COUPLE, ROYAL MARRIAGE. Engracia and Dr. Zafra at one of the Carnival Floral Parades. Romance would blossom between the two and they would become man and wife a year after the Carnival.

The Zaras frequently traveled together whenever the venerable doctor was invited to conferences abroad. Engracia however was content to devote her time to home and family. Her beloved husband passed away in October 1978 after receiving the National Scientist Award from the government 4 months earlier. Engracia lived the rest of her days in her Quezon City home made cozier with her crochet creations and the warm memories of her accomplished husband. 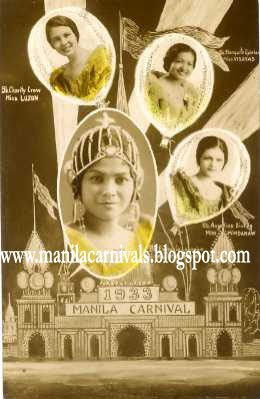 A FAIRY TALE REIGN. A very rare souvenir photo postcard of Engracia ruling over the 1933 Manila Carnival as our 7th Miss Philippines.
Posted by Alex D.R. Castro at 5:04 PM