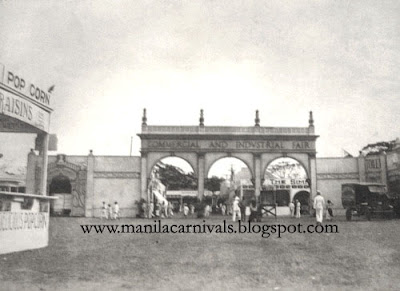 WELCOME TO THE FAIR. The 1924 Manila Carnival, a Commercial and Industrial Fair that brought together the best that the Philippines could offer--from agricultural produce to manufactured goods and services.

The 1924 edition of the Manila Carnival was one of the most documented among the Carnivals of the year’s past. One of its most striking features was the Grand Carnival Entrance, which was built along classical lines, complete with arches, domes, parapets and statues in niches. The grand arch was studded with lights, illuminating evenings and creating a dazzling sight visible for miles around. A separate multi-storey landmark tower stood on the Carnival grounds. 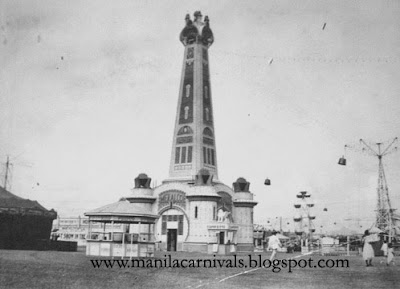 The Auditorium, the venue for parades and the grand coronation of the Manila Carnival Queen was also stringed with spectacular bright lights that thrilled thousands of Carnival visitors. 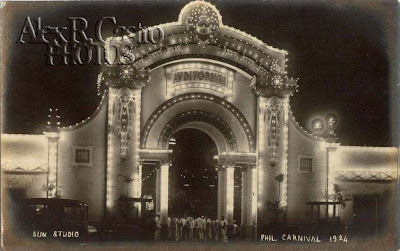 Provincial booths, as always, showcased the best of the province's produce in specially made booths such as these of Marinduque and the City of Baguio: 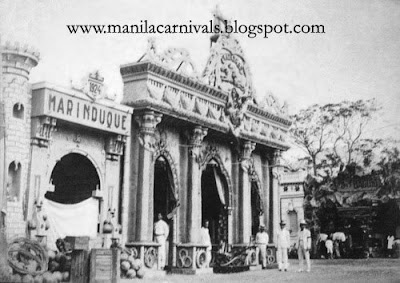 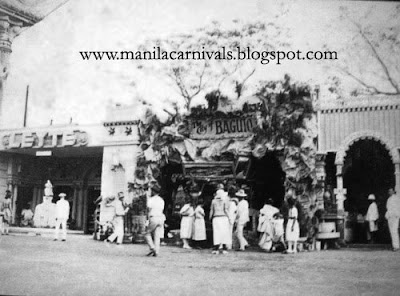 The ever-popular Float Parades continued, some becoming more complex in style and presentation. The floats continued to be used as an awareness-building channels for health and sanitation consciousness, such as these examples with anti-TB and pro-children's health slogans. 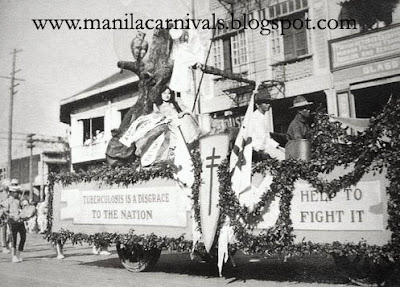 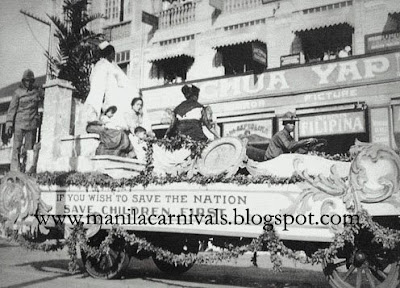