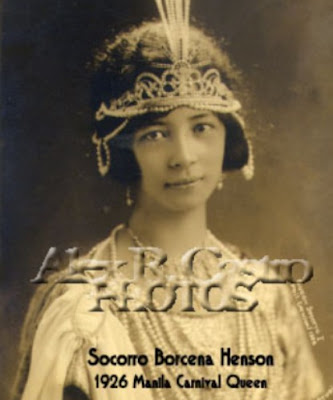 1926 QUEEN OF THE MANILA CARNIVAL. Pampanga beauty Soccoro Borcena Henson, a Holy Ghost College student, and the last of the original Carnival queens.

Socorro Henson y Borcena , born on 29 Aug. 1907 in Angeles, is the 1st known Kapampangan beauty to win a national title. She was the eldest of 10 children of Jose Bartolome Henson and Encarnacion Martinez Borcena. Her father, who had a thriving pharmacy business, relocated the family to Intramuros. She attended Assumption, but it was while a student at the Holy Ghost College when the contest beckoned. 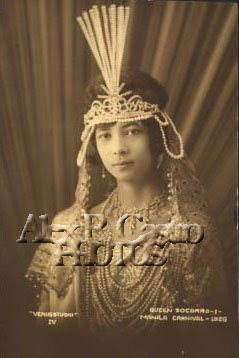 CROWNING ACHIEVEMENT. Socorro, crowned with a tiara topped with a distinctive foot-long panache, and dressed in a beaded sari gown.

While the search for Miss Philippines was being conducted in the parallel 1st National Beauty Contest, the quest for the queenship of Manila Carnival was also underway, with Socorro finding herslef at the forefront for the title. In the hotly contested finals, Socorro’s stiffest competitor turned out to be another Kapampangan: Lourdes Luciano y Magdangal of Magalang. But Lourdes gave way to her kabalen by withdrawing graciously from the pageant, so as not to split the judges' votes for the two Kapampangans. 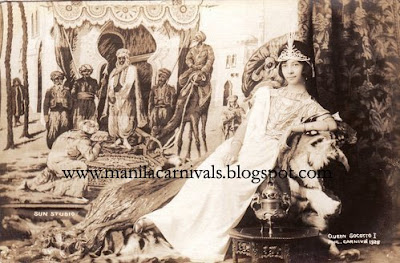 QUEEN OF ARABY. Socorro's coronation motif was Hindu-Arabic, a theme that was carried in her official coronation pictures. 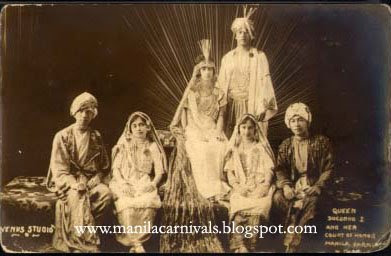 This left the door open for the unrivalled Socorro, she with regal bearing, translucent skin (Col. Antonio Henson, a younger brother, noted that her delicate veins showed through her clear complexion) and a quiet kind of beauty, to clinch the beauty crown, emerging as queen of Manila’s Big Carnival of 1926. 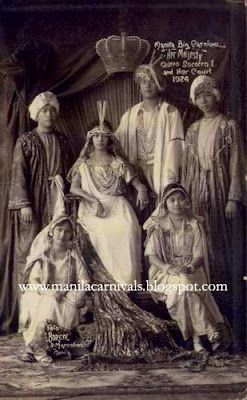 1926 CARNIVAL COURT. Socorro married not her King Consort, but one of her princesses' escort--Francisco Limjap, first young man standing on the left. Francisco was a much-sought after escort, having also been in the court of the 1923 Queen, Neny Apacible, whose brother, Perico, she married. 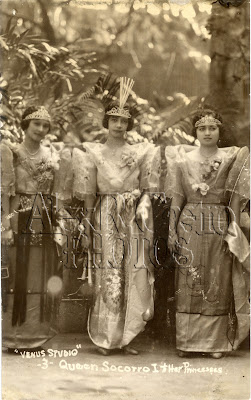 Proud neighbors decorated the Solana St. neighborhood with buntings to celebrate her win. Vicente Rufino was her King Consort at her Hindu-Arabic themed coronation, which required her to ride the back of a real elephant to be paraded around the Auditorium. She wore a beaded sari gown and a crorn topped with foot-long panache. 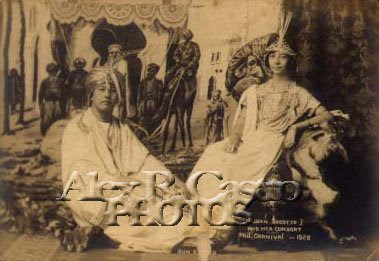 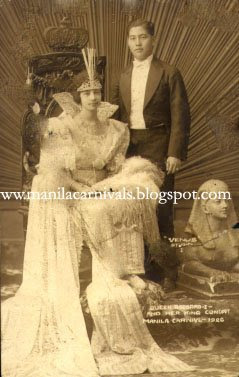 FILIPINIANA-ATTIRED QUEEN. Socorro dons a traditional baro't saya while escort Vicente Rufino. one of the most eligible bachelors of his time, opts for an American coat tails for this official photo sitting.

In a twist of fate, Socorro ended up marrying one of her damas’ escort—Francisco Limjap y Escolar, from an affluent and influential Manila family. They were married on 26 January 1929. (Francisco’s brother Perico Limjap also married Carnival Queen 1923 Catalina Apacible). 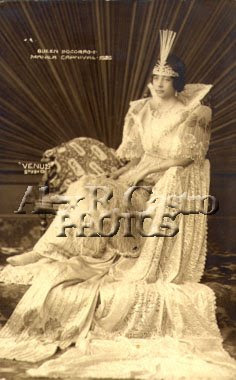 THE LAST CARNIVAL QUEEN. Socorro was famed for her quiet kind of beauty, with a clear complexion and a queenly bearing.

After her marriage, she completed her Home Economics degree at the Holy Ghost College and bore 4 children: Francisco Jr., Baby, Josefina and Ginny. Socorro, died of throat cancer on 2 February 1984, and was interred at the North Cemetery--the last of the original Carnival Queens. 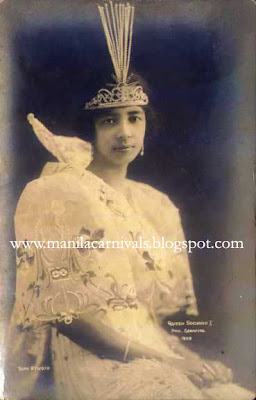