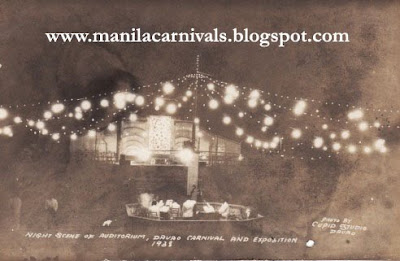 One of the last big provincial fairs in the flickering days of the national Carnival was held in the city of Davao starting on 25 June 1938. The Davao Carnival and Exposition lasted for two weeks and and the provincial capital pulled no stops in ensuring the carnival’s success. Just like the Manila Carnival, the Davao event also featured a brightly-lit carnival auditorium that was the central venue of many carnival activities. 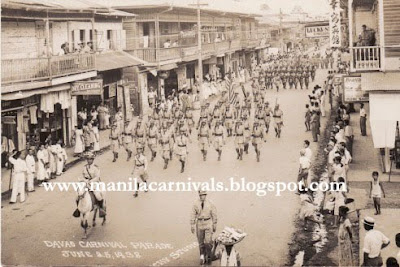 Elsewhere, around the city, military, school and government bureau parades were held on the street, featuring officials in horses, marching bands and Boy Scouts.

When evening fell, the auditorium grounds came alive with masked balls, folk dances and other cultural presentations. Most awaited was the selection of the Queen of the Davao Carnival, won by local beauty, Angela Bangoy. One of her princesses was a Miss V. Cortez. 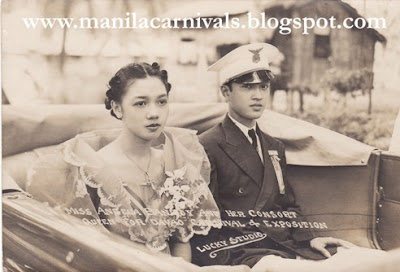 At her coronation, Queen Angela I donned the costume of a Muslim princess. Throughout the Carnival Days, the beautiful queen received prominent visitors who paid her homage, including Dna. Graciana vds. De Lugod and Mr. Jaime Gavina.