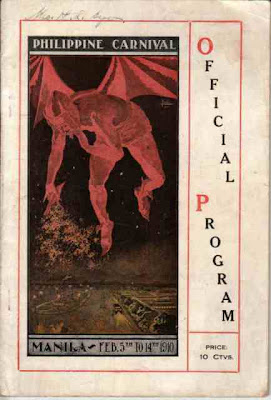 Collectors of commemorative items from world fairs and national expositions avidly seek out souvenir programs as these contain valuable information about the conduct of the event, schedule of activities, officers and members of the fair association and listings of major sponsors. Some programs were also profusely illustrated, and came with interesting advertisements as well as old photographs that give readers a glimpse of our past social history.

The Manila Carnivals had such programs, beginning with the 1908 national carnival. The slim volume, entitled “Programa Oficial del Carnaval de Filipinas en Manila, Islas Filipinas” has a listing of the schedules of the activities from 27 Feb. -3 Mar. 1908, including the land parades and the sporting competitions. The program is handsomely illustrated with the fabulous carrozas and floats of the different private companies and government bureaus participating in the first ever carnival of Manila. A lay-out of Wallace Field in Luneta is also featured as a convenient guide to the different booths, playing fields and the Hippodrome. 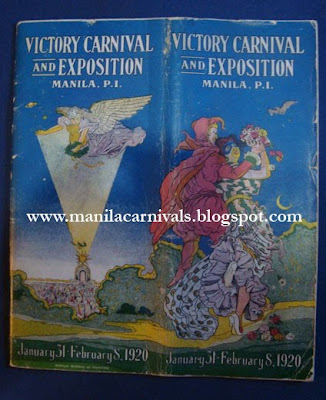 Subsequent programs were printed in color, such as the 1920 Victory Carnival and Exposition, held from 31 Jan.- 8 Feb., 1920. The souvenir program contained photos of newly-built infrastuctures—schools, bridges, municipal halls—as testaments to the march of progress in the Islands. 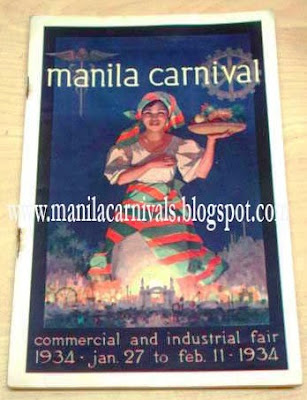 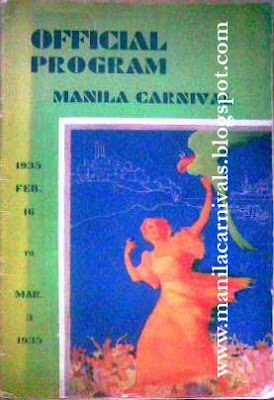 Later programs were printed on cheaper paper stock. The 1935 program with its signature art deco design was of newsprint, with photographic reprints of the past Carnival Queens, making it a valuable documentary reference of past Carnivals.

Manila Carnival programs are very hard to come by, but a few have survived—recovered from old bauls and musty aparadors, they can either be found for bidding in online auction sites or sold as historical ephemera by antique dealers, great pictorial souvenirs of the most spectacular event ever held in our fair Islands.

The American Historical Collection at the Ateneo de Manila Rizal Library has a nice collection. I saw their exhibit last year.