American colonial scientists and doctors, after being exposed to the hazards of a tropical climate, came to view the Filipinos as a contaminated race, triggering massive public health programs to improve the Filipinos’ personal hygiene, sanitation practices and social conduct. Through intensified disciplining of the native’s bodily custom and habit, American physicians believed that Filipinos might eventually become capable of self-rule. 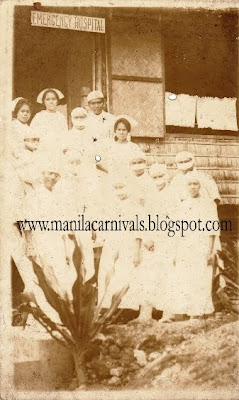 The Carnivals became the perfect vehicle for the Americans’ relentless health crusade. Without fail, the Bureau of Health and its affiliate bodies, participated in the Carnival parades and exhibit, with the intent of opening the eyes of the Filipinos to the importance of hygiene and sanitation in combatting national plagues like cholera, typhoid and dysentery that occurred with regularity every year. 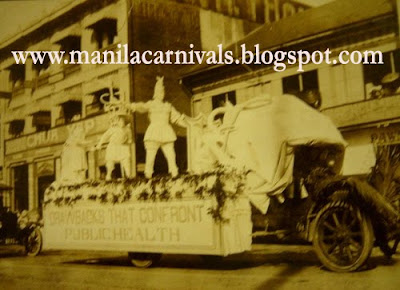 In February 1918, the Red Cross dominated the Carnival with its presence, starting with a grand parade of Red Cross women who reflected on their faces “the beautiful rays of Christian charity and unburdened patriotism”. The centerpiece exhibit that was described as “the most elaborate and most telling” was the Philippine Health Service’s display of a Sanitary Model House, complete with a water closet. However, the crowd in attendance, which consisted mostly of students, ignored the exhibit to join the revelry, to the chagrin of health officials. 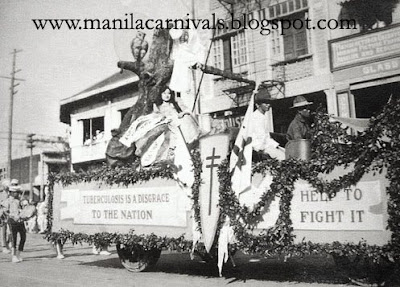 The Clean-Up Week was also introduced earlier by the Americans as an alternative to the Philippine fiesta which was characterized by an overflow of food (hence, germ exposure) and crowd (transference of diseases). The Clean-Up Week was dutifully promoted during the Carnival season, with the aim of sanitizing and beautifying Philippine towns. Citizens were enjoined to clean private and public premises, to collect and burn trash and to help construct drainage and toilets.

In 1922, the Philippine Health Service had its own pavilion in the annual Carnival that was plastered with health messages and displays inside and out. The exterior was decorated with diagrams of different disease-carrying germs, intestinal parasites, mosquitoes and flies. Inside the pavilion, one could find a model of an artesian well, a model public bath and toilet. Visitors were given free vaccinations while being shown diagrams of the country’s morbidity, mortality and birth rate. Case incidences of venereal diseases in Manila were also shown in poster form. Talks were given by PHS officers covering such topics as cholera, malaria, dysentery and beri-beri. 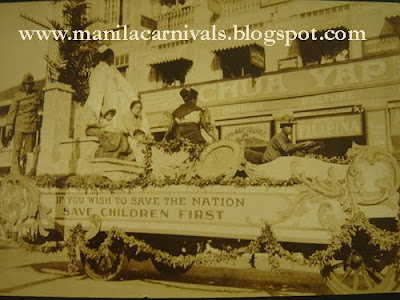 In the years that followed, when scientific breakthroughs became more available, the Carnival became the venue for introducing the concept of a neighborhood puericulture center and ambulant x-ray machines, as what happened at the Manila Carnival of 1935. 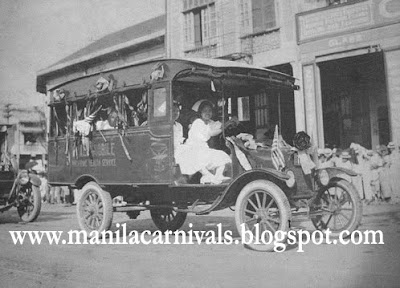 Our American colonizers, in their anxious effort to control and civilize a contaminated race, used every available channel to advance the cause of science and medicine in relation to public health. From the time America arrived in 1898 through the 1930s, no channel was spared to make sure everyone get the message—whether it be a smalltime town fiesta or a grand national event that was the Carnival.