Major commercial business establishments. private enterprises, government bureaus and other industries that supported the Manila Carnival placed ads in souvenir programs, magazines and other periodicals. While most companies used generic advertisements to announce their services and products, a few commissioned ads with specific Carnival themes. A few examples are shown on this page: 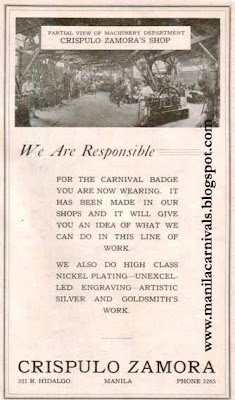 CRISPULO ZAMORA (1871-1922), founded the country's premier metalcraft and engraving store which made most of the medals, Carnival crowns, trophies, pins, military adornments, jewelry pieces and badges for use in the annual Carnival. Together with his wife, Pelagia, he turned his home business into a lucrative industry, the most well-known in the Philippines. His business ran for several generations. (1923) 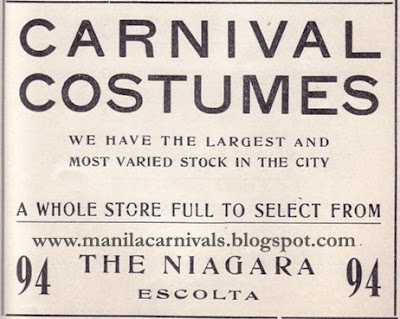 "THE NIAGARA" was an American-owned luxury store along Escolta that operated alongside popular shopping haunts as I. Beck's, Heacock's, Botica Boie, Oceanic and Erlanger & Galinger. (1910) 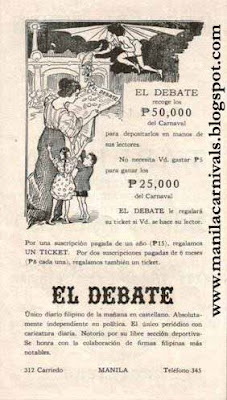 "EL DEBATE" was a leading newspaper at the turn of the century, published by the Elizalde Family, which also owned "The Philippine Herald", "Mabuhay" and " Monday Mail". (1910) 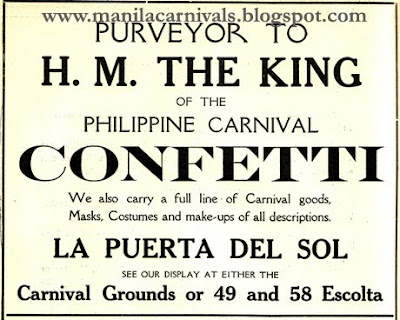 "LA PUERTA DEL SOL" (The Door to the Sun), together with "La Estrella Del Norte" (The Star of the North), were the leading high-end department stores along Calle Escolta, touted as "the longest street in the world", at least, by Philippine standards, in the early part of the 20th century. (1910) 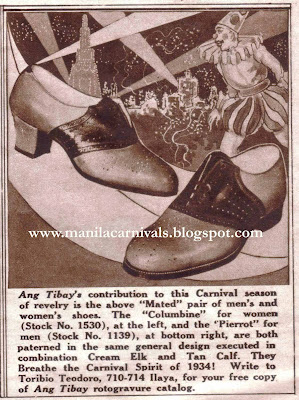 "ANG TIBAY", was the most popular local shoe brand in the Philippines that was founded in 1910 by Toribio Teodoro (1887-1965) and partner Juan Katindig. The renown footwear company actually started making slippers, but by the 1930, it had become a giant industry with modern machines that turned out over a thousand pairs of shoes daily, incresaing to 3,000 in the 1950s. Toribio amassed so much wealth that he bought the Manila Grand Opera House. This ad advertised new shoe designs made especially for the Carnival. (1934). 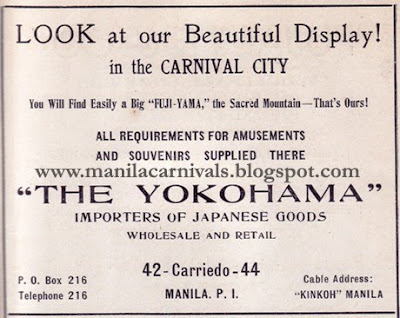 "THE YOKOHAMA" was an early Japanese trading and retail company with offices in Carriedo, which imported its stocks--mainly cotton goods and general merchandise-- from Yokohama, Kobe, Kyoto and Osaka. Its contemporaries include Matsui & Co., Nippon Bazaar and Ohga & Co. (1910) 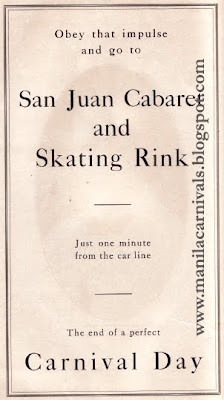 "CABARET DE SAN JUAN", was an early 20th century dance hall that was frequented by high-heeled guests from here and abroad. It was unique in that it had a skating rink, a new craze at that time. Its chief rival was the better-known Sta. Ana Cabaret. (1910) 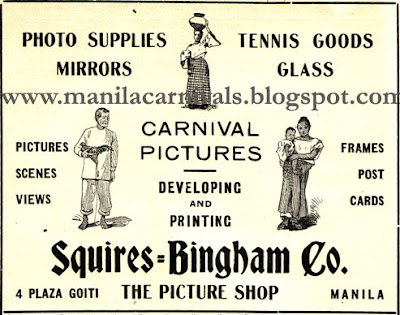 SQUIRES, BINGHAM & CO., was a popular photo print shop established by two British, Roy Squires and William Bingham, in 1905. The business expanded into a general merchandising and trading shop, specializing in imported sporting goods, guns and ammunitions. Today, it is the holdings company owned by the family of Don Celso Tuason, and is known as the Arms Corporation of the Philippines. (1909)
Posted by Alex D.R. Castro at 3:43 PM

Two-toned shoes were all the rage in the 30s. My lolo had many pairs of shoes that looked something like these!