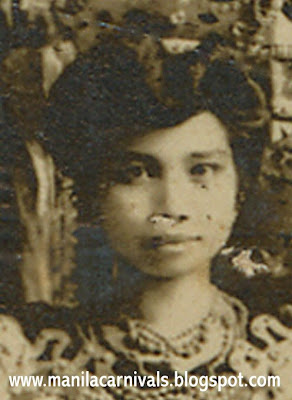 1909 QUEEN OF THE MANILA CARNIVAL. Julia Agcaoili y Guerrero, the pride of Ilocos Norte, was gifted with vocal and musical talents.

The Queen of the Manila Carnival of 1909 comes from the most prominent family of Ilocos Norte—the Agcaoilis. Julia Agcaoli’s father was Julio Agcaoli, the 1st ever governor of Ilocos Norte, elected during the American Occupation and a good friend of then Governor-General William Howard Taft. Her mother was Ruperta Guerrero, a Spanish mestiza. 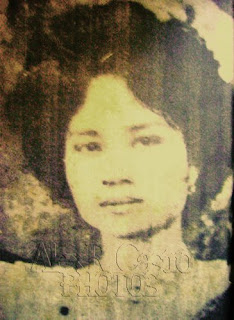 ILOCANA BELLE. The young Julia Agcaoili liked to perform for visitors at their Ilocos mansion, often playing the harp and piano, together with his musically-inclined siblings.

Julia was the fourth in a brood of 12 children, and her schooling was very traditional, spent in a convent school and taught by nuns the fine art of music in which she excelled. Not only did she play the harp and piano, but also sang beautifully. In fact, most of her siblings had strong artistic inclinations that the family often held gatherings in which honored guests from Manila would come and be regaled with their music, song and poetry.

NAGPINTAS TI REINA! Julia wore a more contemporary empress-style gown, richly emboroidered and trimmed with beads. She held an ivory scepter and a crown symbolic of her queenship.

When the Carnival season came around, Julia, who had just turned 20, became a frontrunner for the queenship. Petite and well-mannered, with prominent cheekbones and dark eyes, Julia was a sure bet to win the crown. When she did win, she was besieged by male admirers, and her father was forced to appoint Julia’s brother, Francisco, as her consort. 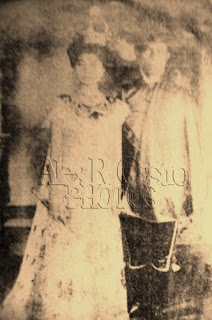 SIBLING ACT: Queen Julia was escorted to her coronation night by her own brother, Francisco, who also acted as a guard against her overzealous admirers.

At her lavish coronation, the Ilocano belle opted to be gowned in an empire-cut dress of sheer net, over taffeta, with gold and silver thread. Embellished with rhinestones and sequins. She wore a small crown and held an ivory scepter as emblems of her royal authority. Her corte de honor included a dozen prince and princesses, all from well-known families.

THE ROYAL COURT OF THE MANILA CARNIVAL OF 1909 with Queen Julia I.

Julia had a marvelous time during her reign, but the year after proved to be more fulfilling for her. She married longtime suitor Jose Martinez, a Spanish mestizo from Laoag. His father had been sent by the Spanish government to head the Tabacalera in Vintar, and had married an Ilocana. Jose proved to be just as accomplished like his father-in-law. He was named as the 1st governor of the newly-formed Mountain Province and later assumed the post of a Philippine National Bank manager in Cebu. The Martinezes fell in love with the place and settled there. After his government service, Jose continued his banking work by establishing and heading the Insular Bank of Cebu.

Julia bore 10 children in all. Her 8th daughter, Teresita, went on to become a post-war Miss Cebu. Two sons became Jesuits—the eldest Francisco and the younger Jose Jr. who perished in a plane crash en route to Boy Scouts World Jamboree in Athens as part of the Philippine delegation. Another daughter, Manuela Maxima, became a nun. Their other children were Julio, Maria, Jesus, Angel Ruben, Ruperta.

JULIA'S JOY. Mementos of Julia's reign are on exhibit at the Piddig Museum in Ilocos.

Julia died after the end of World War II on 8 August 1945, of a bone disease that had plagued her in childhood. Jose, her husband, outlived her for 17 years, passing away in 1962. In the Piddig Museum today, mementos of her reign are on display to remind visitors of the life and times of one illustrious Ilocana who once ruled over the second edition of Asia’s most awaited spectacle—the 1909 Manila Carnival.

Thank you for this post, Alex. i have been long searching for something more about lola Julia other than stories from my grandmother, who is the daughter of Julia's sister, Pilar.

Pilar (my grandmother), who was also a Carnival Queen of Ilocos Norte. Married to Liborio ALbano, former acting Governor and Senior Board Member of the province of Ilocos Norte

Trinidad, married to former Supt. of Schools and Asst. to the Director of Public Schools (I forgot his name)

Violeta, married to Col. Amado Martelino, a US Army Officer

August 10, 1916, appointed Justice of the Peace by Harisson.

Joanne, thank you for the additional information and family updates.