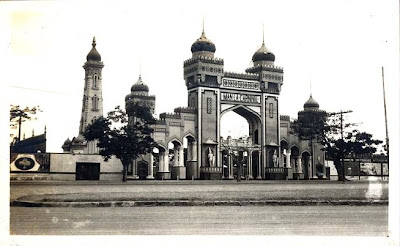 MANILA CARNIVAL GATE. Designed for the 1924 edition. The Carnival was held annually, starting in 1908, at the Wallace Field in Luneta Park.

Perhaps, no other event has piqued the interest and stirred a nation’s imagination more than the spectacular Manila Carnivals, held annually from 1908-1939. The Spanish-American War and the “Philippine Insurrection” were just a few years past behind us and our new colonizers felt it was the perfect time for healing old hurts and wounds. 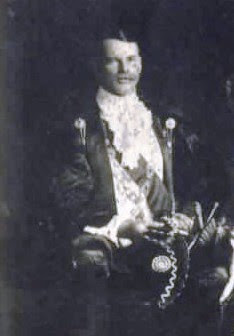 CAPT. GEORGE T. LANGHORNE, aide de campe of the U.S. Navy, proferred the idea of an event to foster Philippine-American goodwill and promote a positive image for the Islands to invite businesses in.

As early as Sept. 1907, Capt. George T. Langhorne, aide de camp of the U.S. Navy, enlisted the support of businessmen, politicians, newspapermen, foreigners and prominent Filipinos in organizing a goodwill event to celebrate harmonious U.S.-Philippine relations. Feelings of hostilities had abated, more so with the inauguration of the Philippine Assembly in 1908 and Langhorne felt that such an event would make the world take note of the gains made by the country and would further drum up business opportunities. The idea was enthusiastically supported by Governor General James F. Smith and Major General Leonard Wood. 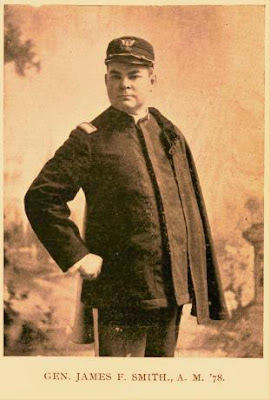 Capt. Langhorne asked the Philippine Assembly for a P50,000 funding to build a hall and “exhibit half-naked Igorots and set up amusements”. An immediate uproar erupted, with local newspapers protesting the very concept that reminded them of the 1904 St. Louis World’s Fair where tribes were displayed and shamed.

El Ideal, a leading newspaper, lamented—“The public will be obliged this year like previous years to witness the not very edifying spectacle of a legion of savage men, torn from their forests and haunts, to be the object of derision and ridicule of ‘civilized people’. 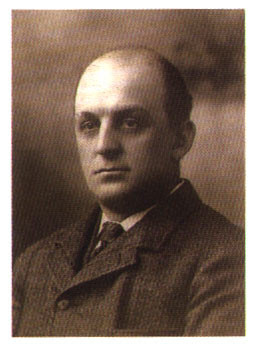 WILLIAM CAMERON FORBES. Commissioner of Commerce and Vice Governor of the Philippines (1908-1909) also threw his support for the Carnival. He later succeeded Smith as Governor-General of the islands.

Gov. Gen. James Smith , shocked at the tone of the planned carnival, asked his Secretary of Commerce, William Cameron Forbes to take over. Instead of a freakshow, Forbes designed an international exposition to showcase Philippine-American progress. The government subsidy was reduced and money was raised through various means like private companies’ sponsorships and the search for the queen of the carnival through public balloting.

The Carnival Association lost no time in enlisting the support of leading American, Spanish and Tagalog newspapers of the day to promote the fair, scheduled for February 1908. There were sub-committees formed to take charge of the program, costumes, decorations, reception, illumination, tickets, food, publicity, music and peace and order.

LA GERMINAL CIGAR & CIGARETTE FACTORY. One of the major sponsors of the 1st Carnival. It was located on Calle Marques de Comillas, next to the Ayala Bridge. Dr. Ariston Bautista Lin served as the President.

CLARKE'S. The leading ice cream and refreshment place in the Orient, at 2 Escolta. This pioneer establishment was also a major sponsor for the event, even serving as a drop-off point for ballots cast for the queenship of the Carnival. M. A. Clarke was the proprietor.

The February 7 opening date had to be postponed due to a cholera outbreak in Manila. The launch was pushed back to March 9. But as soon as the health hazards cleared, the 1st Manila Carnival was on!
Posted by Alex D.R. Castro at 4:40 PM

I made a mistake by ignoring the Manila Carnival before. But as soon as I studied the socio-economic aspects of the Philippines under American rule, the more I appreciate it now, an attestation that once upon a time there was an Old, yet beautiful Philippines.