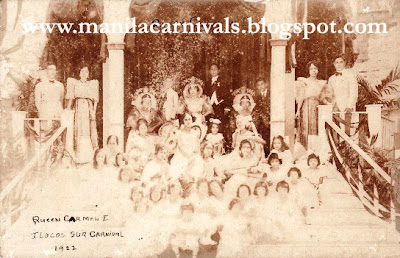 The provinces of Ilocos Norte and Ilocos Sur were among the early provinces who joined the bandwagon in holding their own petit fairs and carnavals, largely influenced by the national annual event in Manila in which they were consistently represented. The Ilocos Carnivals were intermittently held from the early 1920s right through the late 1940s, long after the last Manila Carnival folded. 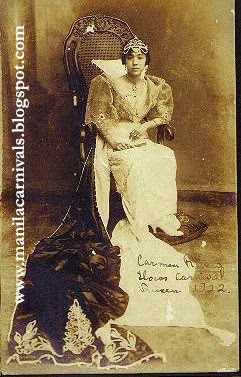 Ilocos Sur had its first Carnival in Vigan in 1922, ruled by Queen Carmen I. The next year, another grand carnival was held, and by coincidence, Carmen's successor was also named Carmen. 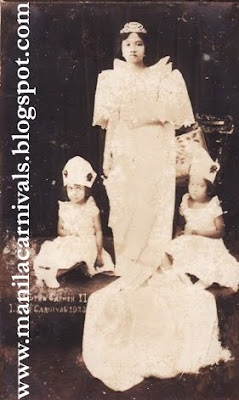 In 1925, a French-Spanish-Filipina by the name of Lucia Trullench reigned over the festivities. The next year, Rosario Calvo was elected as the Ilocos Sur delegate to the Manila Carnival quest for Miss Philippines. Ilocos Norte also fielded their own candidate for the first time in 1926. 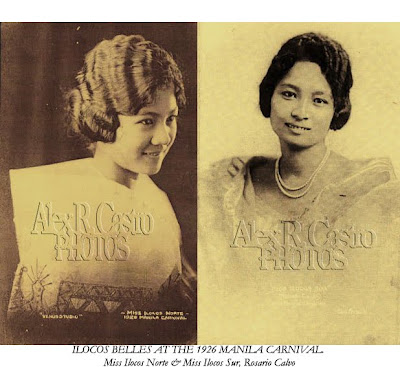 Another carnival was held in Vigan in 1927, from 21-30 July. Reigning as queen of the festivities was Queen Jesusa I, whose duties were limited to the affairs of the provincial exposition, as separate representatives were sent to the national pageant. 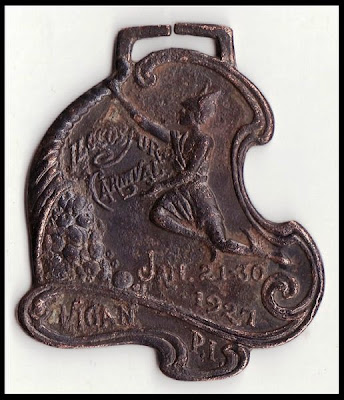 That year, Ilocos Sur and Ilocos Norte named two beauties to compete at the 2nd National Beauty Contest, in the persons of Susana Tugade and Petra Molina.

Another carnival was held the following year, 1928, and this time, Queen Remy II was the royal queen, and her coronation had a fancy French court theme complete with powdered wigs and pompadours. 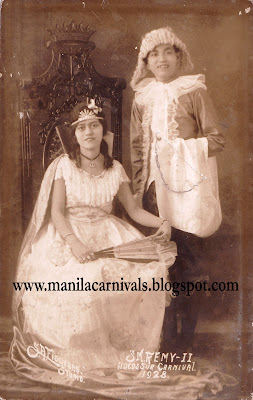 In 1929, the Ilocos Sur Carnival and Provincial Exposition was held in Vigan from 18-27 January 1929, under the patronage of the provincial boards of Ilocos Sur. In the 1931 edition of the Ilocos Sur carnival, Queen Mena I was named as the royalty of the fair.

The Gran Carnaval y Feria de Ilocos was held in 1935 from 18-27 January 1935 and it proved to be an extravagantly-staged event that even featured a “Tower of Progress”, obviously copied from the Manila event, that stood as a symbol of Ilocandia’s commercial and industrial boom. 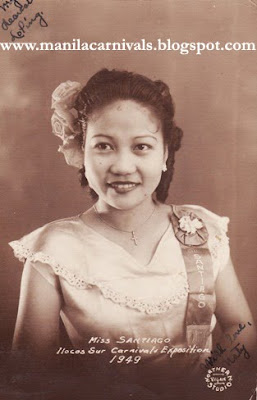 It was only a decade later that Ilocos Norte followed suit with its post-war Carnival and Industrial Fair held in January of 1946. The last Ilocos carnival was once again held in Ilocos Sur, held from 21-30 January 1949, dedicated to His Excellency, Pres. Elpidio Quirino.
Posted by Alex D.R. Castro at 9:30 PM

My Grandmother was Lucia Trullench (Gonzalez), the Queen of Vigan in 1926 (though I am somewhat unsure of the date). I have a photograph of her as Queen of Vigan.

Lucia Trullench Gonzalez in my great grandma. My lola is amelia trullench gonzalez. Im tracing my roots. I hope you can post pictures and other info about the trullench-gonzalez roots. Thank you

I hope you can share her photo for this blog. Many thanks!