Surigao was once Caraga, a large district that also included parts of Davao Oriental and eastern Misamis Oriental. The province was further reduced in 1911 when the politico-military commandancia of Butuan, then a sub-province of Surigao was created into the province of Agusan. The still undivided Surigao province held its first and only Carnival from Sept. 7-15, 1929. It was held at the height of the rainy season, but this did not prevent the Surigaonons from celebrating their own fair to the hilt. 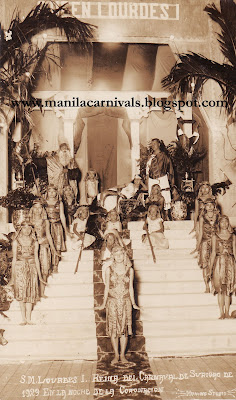 The crowning of the Surigao Carnival Queen, Her Majesty, Queen Lourdes I was attended with much fanfare, and the coronation had an Egyptian theme patterned after the national carnival. The Queen was surrounded with a retinue of beauties, Miss Municipality winners from the towns of Surigao. 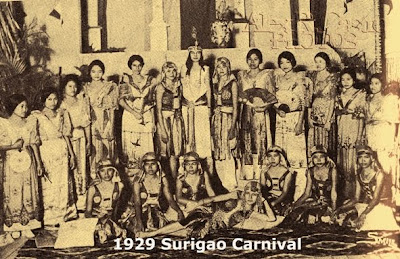 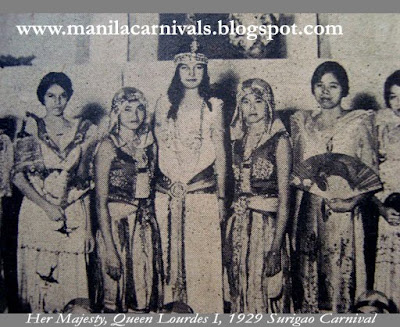 One other sensation of the Surigao Carnival of 1929 was the Bureau of Agriculture exhibit which displayed the agricultural and commercial products of the province. 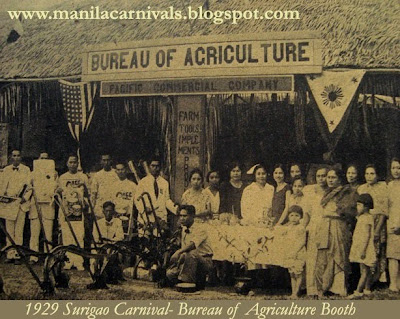