91. THE EXALTATION OF BEAUTY, III 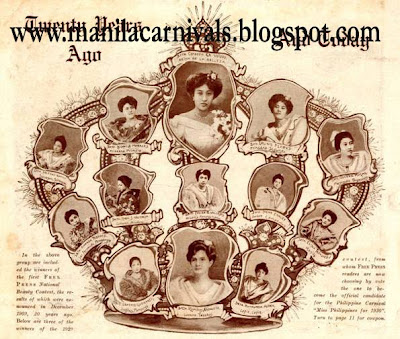 FREE PRESS NATIONAL BEAUTIES. A congregation of the country's fairest as chosen by the Philippine Free Press. They came from the country's most illustrious and often affluent, families. Among those in the winners' circle is Amanda Teopaco, who became the wife of Justice Jose Abad Santos (1st photo on the left, 2nd row).

Perhaps to underscore the fairness of the competition, a 1929 Carnival ad touted: “The selection for the Miss Philippines is a real beauty contest. It is not a popularity contest. The humblest girl from the most secluded barrio has as big a chance to win the honor as the daughter of the richest hacendero”. But in reality, every one knew that the rich, the prominent and the well-connected had the upperhand. 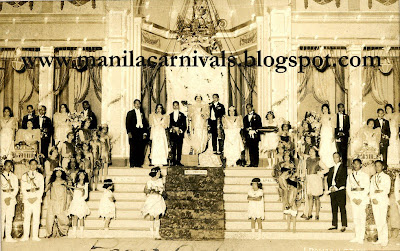 When the contest was eventually opened up to any interested party in 1927, it became necessary to draw up a set of criteria to guide the jury. The souvenir program from that year stated that the judges, “in the selection of the most beautiful ladies, shall consider besides the physical beauty, the personal charms and the general refinement and composure of the candidates”. 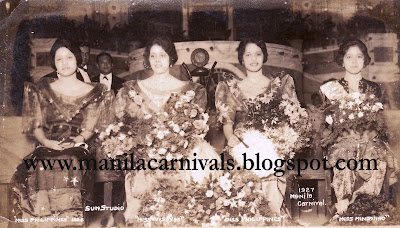 It was only in 1929 that the criteria became more specific and explicit. The set of criteria detailed in a recruitment ad for the 1930 Miss Philippines also reflected the changing mores and the more progressive social milieu of the times. To qualify, “any young lady born in the Philippine Islands and who is a citizen of this country may be eligible as a candidate, regardless of race". Candidates, in addition, must be “at least 18 years old and not more than 25 years old”. It was also made clear that “she must be unmarried, with no stage or screen experience, and must enjoy a good reputation in the community”.

What was it about being a movie actress that prompted the Carnival Association members to disqualify them from entering the Miss Philippines contest? Were they really concerned of the undue advantage that their popularity generated? Or were there certain negative perceptions attached to a movie star with regards to her morals and conduct? 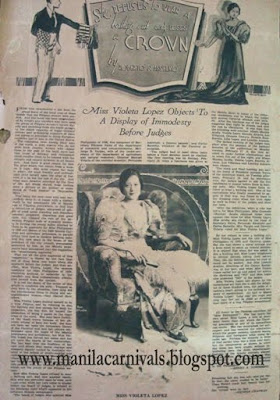 SWIMMING IN CONTROVERSY. Media had a field day covering the 1930 "bathing suit controversy" involving candidate Violeta Lopez, who refused to wear one, and which, according to rumors, cost her the crown.

More interesting was the way the rules expanded the definition of beauty by emphasizing that “in the selection of the different candidates, the following points shall be considered: Facial beauty, Perfection of form, Accomplishment.” This focus on physical form and body symmetry, included in the 1930 rules for the first time, triggered that year’s bathing suit controversy in which frontrunner Violeta Lopez refused to wear a swimsuit, which many believed cost her a slot in the finals. These criteria remained in force and were still being followed in 1935 although expressed differently: Facial beauty, perfection of lines, distinction.
Posted by Alex D.R. Castro at 1:53 AM