88. The Carnivals in Restrospect: ENDINGS AND EXPECTATIONS

The very 1st Carnival in 1908 was conceived by Americans with the publicized aims that the event would be good for the country , and would make the world take note of the growing prosperity of the Philippines-- in essence, a showcase of America’s successful colonization.

But an unspoken intended objective was the complete obliteration of ill-feelings Filipinos still had for the Americans, generated by their painful defeat in the Philippine-American War, this, after a successful campaign against Spain. That victory allowed them to enjoy a brief period of political independence, to be taken away again by a new master.

American leaders realized that this slow-burning animosity could be a barrier towards their governance, hence the holding of a fun Carnival. But prejudices reared its ugly head many times even in the Carnival—like the discourtesies experienced by the 1908 Filipino King and Queen, leading El Renacimiento to write: “If the Americans, as excessively democratic sons of capital and labor, do not know nor recognize the rituals of etiqueta palatina, let them not take part in the farce of reality”.

Incidents like these, though minor annoyances, only served to fan the desires of Filipinos for complete independence. The fantastic floats that proclaimed the commercial and agricultural advancements of the country had the same effect, sending a strong message to Filipino spectators that they were indeed, ready for self-rule. 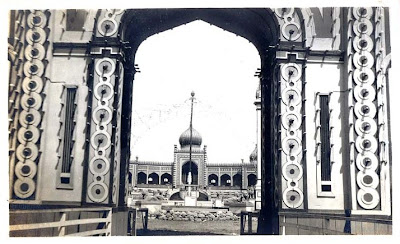 In 1916, the Jones Act was passed, creating the Philippine legislature composed of the Senate and the House of Representatives and promising to grant independence to Filipinos as soon as a stable form of government is established. But it also gave America the prerogative to decide when this “stable government” has been achieved. All the hopeful Filipinos could do was wait. 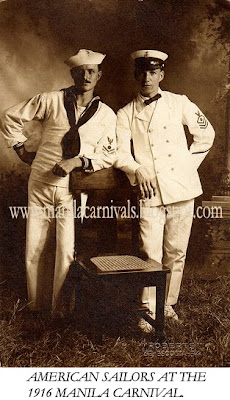 Thus, even in the midst of a unified Filipino-American Carnival gaiety, important reminders to America’s promise were dropped at every opportunity. The national beauty search provided that important platform from which at least one winner raised her voice to bring this message to a wider audience. 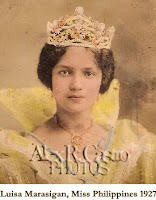 In a stirring speech given at her school to honor the candidates that had gathered there, Luisa Marasigan, the 1927 Miss Philippines, reminded her guests and friends that “ this yearly gathering should also be an occasion for renewing our faith in the righteousness of our sublime aspiration—the freedom of the Philippines. Because what is physical beauty unaccompanied by a spiritual grandeur, and what is spiritual greatness that does not aspire to liberty, the supreme of all sentiments?”

The school directress of Centro Escolar de Senoritas, Mrs. Socorro Hernandez, amplified this when she articulated her thoughts about what constitutes real beauty: “We think of it deeply that the holding of a national beauty contest every year is only a means to an end. A people that admires physical beauty is a people that possesses artistic temperament; but let us caution our people lest we forget, that there is another form of beauty more everlasting and of much more importance to us in these days of national construction; I mean the beauty of the soul, that soul which revolts to be under a foreign tutelage, that beautiful soul which aspires to nobler ambitions, that soul which spurns slavery and yearns for the sublime of all sentiments—the liberty of our country.”

In 1934, the first queen of the Carnival, Pura Villanueva, reminisced about the fabulous Carnival years. When asked which Carnival was the best, she replied: “For me, the best Carnival was that in which my daughter was elected queen (Maria Kalaw, 1931) because it was a Carnival that could probably be called Filipino.” 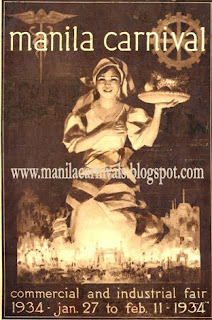 Indeed, Pura’s Carnival—in which she had been the star—was ironically orchestrated and administered by foreigners, and not by her countrymen. It took her 26 long years to realize that the ones who got the most out of the “greatest event in the Orient” were the Americans themselves.

The same year that Pura was interviewed, the Tydings-McDuffie Act was approved, finally providing for self-government and for Philippine independence from the United States after a transitional period of ten years. Underlining the preparedness of the country for the promised freedom, the 1937 fair downplayed the carnival aspect of the national event by calling attention to the great strides accomplished in the name of progress. From that year till the fairs ended in 1939, the national carnivals were renamed as the “Philippine Exposition”.

The war extended the period for another two years, but for the millions of Filipinos who had dreamt and aspired freedom all their lives, the long wait was still worth it.
Posted by Alex D.R. Castro at 1:26 AM