Amparo Noel y Benitez, was the undisputed Reina de Visayas in the court of Paz Marquez, who reigned as the 1912 Matrona de Filipinas in that year’s Carnival. It is interesting to note that Paz Marquez also married a Benitez later in her life. Amparing, as she was called, had a renowned beauty which she inherited from her mother, Maria Benitez. She was a famous Espanola beauty in her time, who had married Vicente Noel of Carcar, an idyllic town less than an hour’s drive from Cebu. 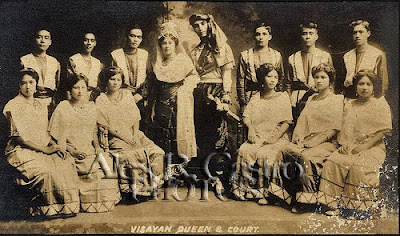 VISAYAN QUEEN, with her prince consort Juan Orbeta and her 6 court attendants. 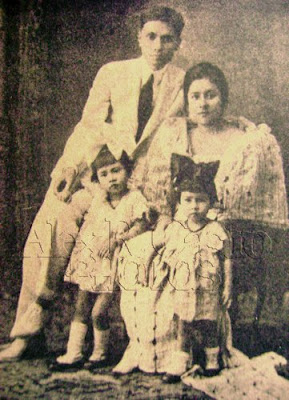 Ramon, the eldest son, also became a doctor, an orthopedist of repute, and married another national beauty, Myrna Sese Panlilio, the 1st Bb. Pilipinas-Universe 1964, of San Fernando, Pampanga. (Two other brothers also married Kapampangans). In her later years, she would suffer from diabetes and survived several surgeries performed no less than by his son, who has also since passed away.