The Carnival of 1910, in presenting itself to the Orient and the rest of the world, needs no more substantial guaranty of success than the truly wonderful record left behind by the Carnivals of 1908 and 1909. Even after the experience of two years, this institution seems to be definitely and firmly established in the Philippines and its fame has spread to all parts of the world. Its phenomenal growth and development to date indicate that its future possibilities are unlimited, but even now Manila may justly lay claim to the possession of the greatest attraction in the Far East.

In any one of the numerous departments forming this great production may be found enough of interest to far more than justify the effort involved in a journey to Manila from almost any part of the world. The industrial feature, the athletic meet, the wild tribes exhibit, the display of curiosities and novelties, the street pageants, the hippodrome, the coronations, the masked balls, the open-air performances, the pyrotechnic display, the fantastic ceremonies, the races, the live-stock and machinery exhibits, and a great variety of other attractions, all working together as parts of a machine-like whole, transform the quite, staid, dignified Manila of history and tradition into a whirlwind of fascinating activity. 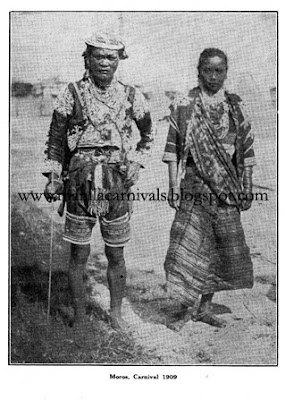 Certain features, beautiful in their execution, features of strength and skill, are less appreciated when presented in an immense open air amphitheatre. This year’s Hippodrome, as will be seen by the program, has been greatly enhanced and made more interesting than ever before.

By reference to the detailed program, it will be seen that one of the principal and, it might be added, the most important feature of this year’s carnival, will be the industrial exhibition. The display shown therein have been gathered from all over the Philippines. It has become customary to look upon the Philippine Carnival as a mere vehicle to furnish mirth and amusement to the populace. While this is to a great extent true, it must be borne in mind that the primary object of the carnival is to promote in every possible way the natural resources, arts and handicrafts of the Philippines, and it must be said that, to a large extent, the two carnivals which have already accomplished this. 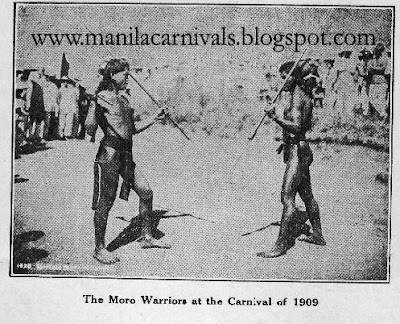 This year’s industrial display, it is believed, will do much toward supplying the outside world, as well as the people in the Philippine Islands, with real information of a most valuable nature on these points. Visitors to the carnival will be well repaid by making a careful and leisurely inspection of all that is to be seen in the industrial section.

The great land parades which have been features of the carnivals already held will be repeated this year on a larger and more gorgeous scale than ever. For the first time in the history of the Philippine Islands, foreign troops will march with the American military forces. The Japanese Consul-General arranged to have a detachment from the cruisers now in the harbor represent his country and the sailors and marines from the British Cruiser. Monmouth will represent Great Britain. 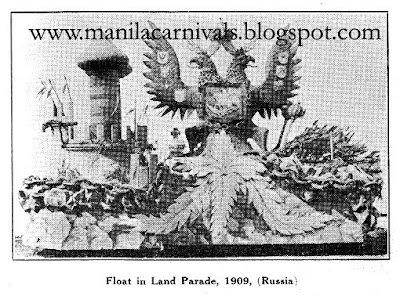 In the Carnivals already held, the costumed groups, especially the famous Red Devils have attracted great attention, and this year, this feature will be greatly enlarged upon. There will be Green Devils and there will be Yellow Devils and there will be jesters from the Columbia Club, and other organizations will present features in this line which will not be made known until their actual appearance at the carnival city. 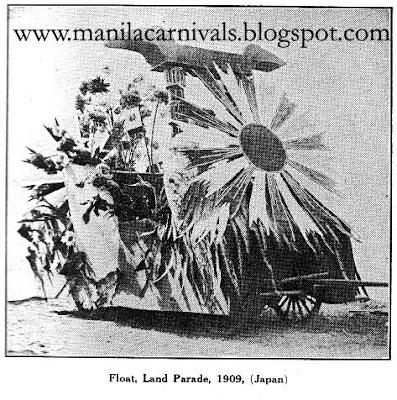 The sports at this carnival, as will be seen from the detailed program, will be very interesting. Man very important events will be held, among which will be the Gun Club tournament. The polo games will be between players from the local teams, the army teams and teams representing the very best polo talent from Hongkong and Singapore, and will be hotly contested.

It would require more space than would fill several books of this size to give in detail all of the many features of this carnival. The program of events, as they will be held from day to day, is presented on the other pages and the attention of visitors is invited thereto. Enjoy yourselves.
Posted by Alex D.R. Castro at 5:24 PM