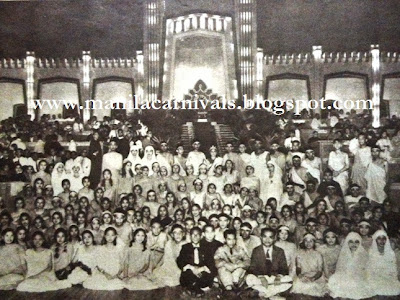 One particular presentation stood out, however, entitled "Trumph of Eros", a pageant directed by Prof. Bartolome and Miss Francisca Reyes, which had a Grecian theme. It was staged at the Carnival Auditorium on 8 February 1934, and drew raves from the Carnival crowd, eliciting considerable applause, as newspapers reported.
Posted by Alex D.R. Castro at 4:45 PM