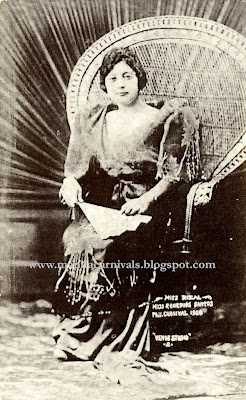 Remedios was succeeded by the Fil-Am beauty, Encarnacion Ibanez Johnson as Miss Rizal 1927.
Posted by Alex D.R. Castro at 5:06 PM