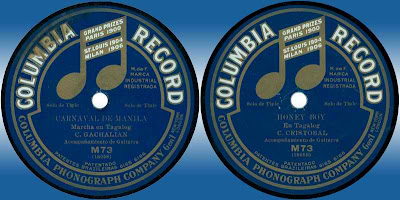 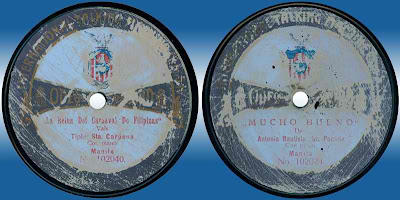 (Thank you, Arch. Edward de los Santos, for your permission to use pictures of your rare Manila Carnival record collection).
Posted by Alex D.R. Castro at 5:16 AM

wow! I have been looking all over for anything about our very own Maria Carpena! :-D

There's an article about Maria Carpena in an old Lipang Kalabaw issue.