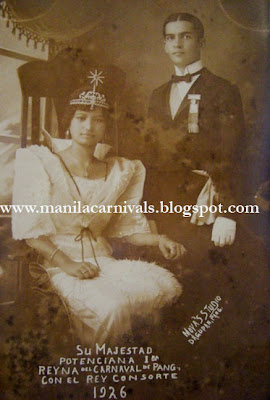 The second Miss Pangasinan, Asuncion Gonzales, did not fare well in the 1927 Miss Philippines quest. It was only in 1930 that a Pangasinense beauty managed to land in the semi-finals of the controversy-marred 1930 Miss Philippines contest. Nieves Ocampo Benito landed in the Top 8, but missed the final cut after the pre-judging, which required the candidates to wear bathing suits. She later married her consort Cipriano P. Primicias Sr., who went on to become a Philippine senator.
Posted by Alex D.R. Castro at 6:07 AM