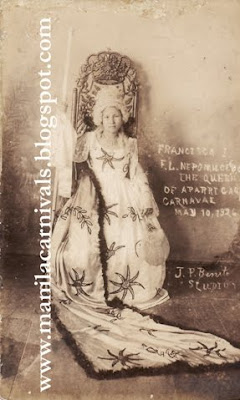 In 10 May 1926, swept by the Carnival fever, Cagayan held its own carnival. In fact, it was a joint, two-in-one carnival--one was for the province and the other for the capital town of Aparri. Very little is known about the organization of these provincial events, except that two queens reigned during that event. 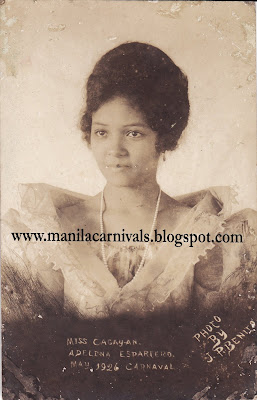 The Aparri Carnival had Francisca Nepomuceno as Queen. The Carnaval de Cagayan Adelena Espartero reign as Miss Cagayan 1926. Adelena did not go to Manila for the national competition as the Manila Carnival had already ended by then, nor did she go to the 1927 contest—Carmen Quinto went to that one. Like the Cagayan provincial carnivals, nothing much is known about her. 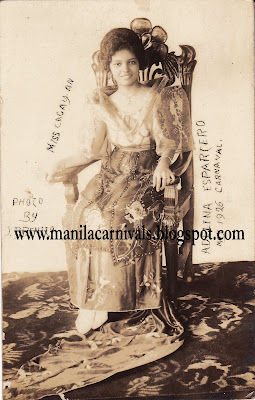