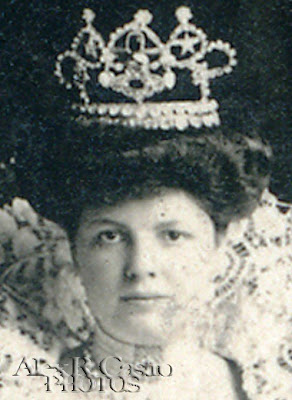 Little is known about the other queen of the very 1st Manila Carnival of 1908. Elected as the Queen of the Occident (Reina del Occidente), Marjorie Radcliffe Colton was the sister of then Philippine Collector of Customs, George R. Colton (1866-1916). George R. Colton had arrived in the Philippines as a Lt. Colonel of a Nebraska Regiment, then became a Collector of the Port of Iloilo. After his Philippine service, he was appointed as the Governor of Puerto Rico (1909-1913) by U.S. Pres. William H. Taft. The Coltons were originally from Galesburg, Illinois.

Marjorie’s name appeared on the candidates’ list for the Carnival queenship on El Renacimiento, where, with 338 votes, placed her second to the last. But with the pull-out of the leading contenders brought about by the controversial newspaper coupon scam, Marjorie suddenly pushed to the forefront of the race, and eventually captured the title of the Occidental Queen, to reign alongside the Oriental Queen, Pura Villanueva. 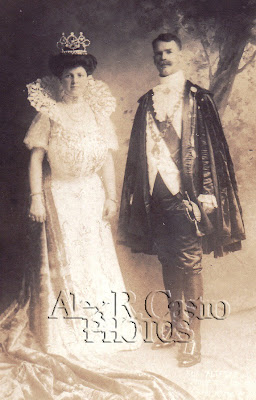 Upon their selections, the 2 queens had several private conferences regarding clothes and the selection of their court. As part of her royal wardrobe, Marjorie initially chose a blue colored gown with a velvet cape of the same color. Her maids of honor, who came from distinguished American and Spanish families, were to be dressed in European clothes with wide capes of blue satin. 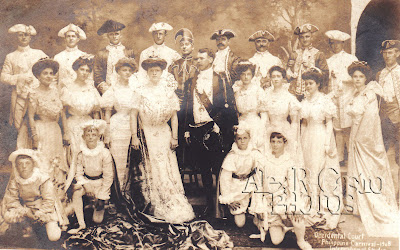 THE OCCIDENTAL TOURISTS. The court of honor of the Occidental Queen was assembled from prominent American and Spanish residents in the Philippines.